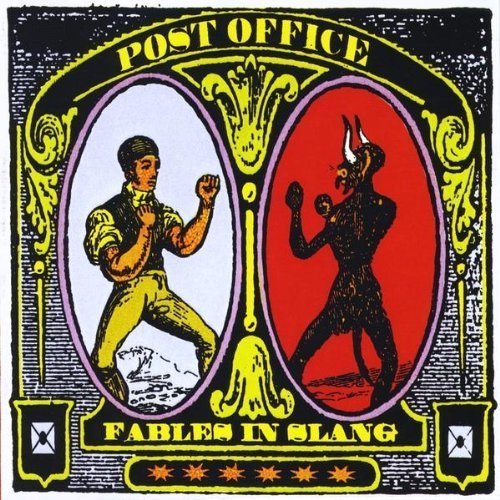 SKU:
$10.00
$10.00
Unavailable
per item
A power pop and Americana cooperative from the late 90s runs with the torch the Plimsouls, Tommy Keene, Big Star and XTC carried before them.
Fables in Slang, the Chris Stamey-produced sophomore effort, finds the band more streamlined and polished sonically, with a greater sense of dynamic interplay to boot. When the band is self-referential, the hooks are too charming to resist, and when they are their most ambitious, they are impressive beyond anything they have done previously. An excellent swan song of a band that packed up before we were ready for them to leave.
Add to Cart 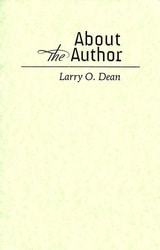 In this collection, Larry O. Dean displaces the focus of auto-referentiality from the text to the author as the paratextual “author bio” becomes the matter of the poems. About the Author is a wry comment on the increasing prevalence of peripheral writings (blurbs, review excerpts, writer and translator bios, publisher mission statements, “shout out”-style acknowledgments, etc.) and their parasitical relationship to literary texts. 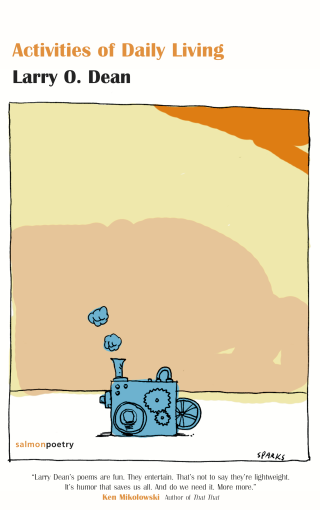 “Activities of daily living” are routine occupations that people do every day without needing assistance. Larry O. Dean’s book examines those quotidian enterprises—reading and writing email, watching TV, going out to eat, working a job, parking the car, grocery shopping, online purchasing—while considering the juxtaposition between revelation and irreverence, employing an objective, but no less passionate appraisal of popular culture and its byproducts. It includes both traditional and experimental poems in fixed and open forms, such as Oulipian, persona, metrical, sestina, found, a satiric sequence based on the zodiac, and more. 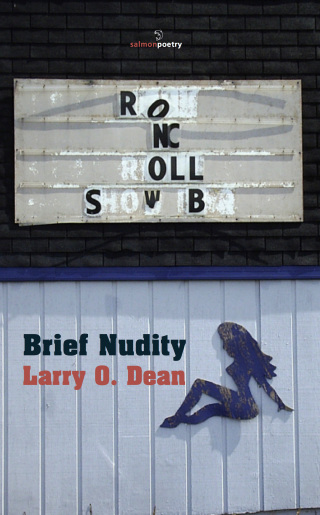 Brief Nudity’s poems are concerned with the juxtaposition between elegy and irreverence. The first section, opening with an epigraph by singer-songwriter John Prine, is anchored by a quartet of persona poems recounted from the perspective of victims of the 1989 Bay Area Loma Prieta earthquake, an event that Larry O. Dean encountered firsthand. Other poems in this section are more personal, delving into familial reminiscence, the fragility of friendships, and urban living. A quote by gonzo rock ’n’ roll journalist Lester Bangs starts the second section. Fellow pundit Greil Marcus defined Bangs’ endeavors as “one man’s attempt to confront his loathing of the world, his love for it, and to make sense of what he found in the world and within himself.” Bangs’ comment on the misguided notion that art needs be “serious,” and Marcus’ characterization of his colleague's sui generis oeuvre guide this section's selections—poems lampooning and extolling popular culture’s stranglehold on our collective unconscious, verbally playful and boisterous verse. 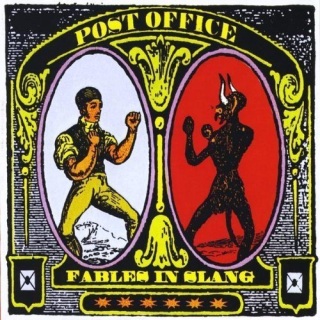 $10.00
A power pop and Americana cooperative from the late 90s runs with the torch the Plimsouls, Tommy Keene, Big Star and XTC carried before them.
Fables in Slang, the Chris Stamey-produced sophomore effort, finds the band more streamlined and polished sonically, with a greater sense of dynamic interplay to boot. When the band is self-referential, the hooks are too charming to resist, and when they are their most ambitious, they are impressive beyond anything they have done previously. An excellent swan song of a band that packed up before we were ready for them to leave.
Shop

Fun with a Purpose

Debut album from The Injured Parties! 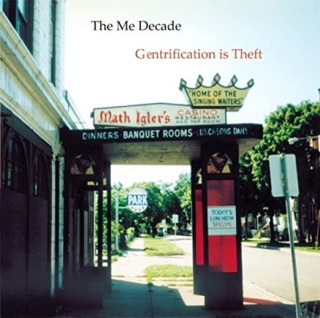 $10.00
An Americana hodgepodge of various influences that relies on complex string and vocal arrangements as much as it does streamlined acoustic-based songwriting.

This 12 song stew of Larry O. Dean's self-conscious, sardonic songwriting is rife with aromatic arrangements, tasteful melodies, honeyed harmonies and delicious witticisms. For all it's titular politicking, Gentrification Is Theft offers up an ample side dish of self-effacing humor along with its more serious undertones, which in turn makes it a rich, rewarding album that reveals more and more of itself upon repeated listens.
Shop 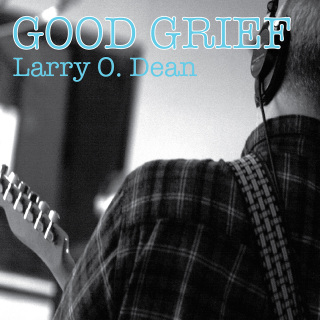 Good Grief is Larry O. Dean's 13th solo album, and the first featuring new material since 2001's Sir Slob. What began as a cathartic process in 2008 is finally seeing the light of day some seven years hence. Much as he enjoys the studio regimen, Dean is not one to ostentatiously prolong the experience, preferring instead to utilize recording as a method to capture not just a set of performances but a moment in time; he is neither a ditherer, nor a perfectionist, and is always excited to complete one project with an eye on what's next. But scratching this particular aesthetic itch in a timely fashion proved easier said than done.

After his current band, The Injured Parties' debut, Fun with a Purpose was in the can and awaiting release, Dean unexpectedly lost two people close to him: his mother, Marilyn, plus friend and college-era musical collaborator, Al Shippey. Another longtime cohort, San Francisco bassist Ned Doherty had plans to be in Chicago on business, so in lieu of counseling and/or heavy drinking, Dean proposed therapeutic recording instead. Rounding out the rhythm section he enlisted former Poster Children drummer, Howie Kantoff, and assembled a list of recent songs along with some that had originated with his previous band, The Me Decade. Those unusually fruitful sessions yielded the bulk of what's here, augmented by contributions from another SF compatriot, Lee Bloom on keys; Detroiter George Friend on guitar; and vocalist Lupe Martinez from Chicago psych-pop band, Allá. Completing Good Grief was delayed while Dean supported The Injured Parties' debut, but in 2011 Doherty was flown in for new sessions, this time with Hoyle Bros. drummer Lance Helgeson on board. Guitarist Bobby Sutliff, formerly of Mississippi indie-poppers The Windbreakers was asked to contribute to these songs, but following a debilitating car accident he was unsure whether or not he'd be able to play again; rather than forge ahead Dean decided to wait and happily, Sutliff was eventually able to bring his trademark melodic jangle to two cuts. Rounding out the set is a thematically apropos, deconstructed take on Translator's “Everywhere That I'm Not,” featuring Decoy Prayer Meeting's Brian Stout.

Good Grief 's songs weren't written in response to the tragedies that initiated their recording, but they do focus on change, transition, and loss, especially in the opener and closer. “Didn't See It Coming” is perhaps the most songwritery number here, an encapsulated narrative covering key events in Dean's upbringing through major moves to California and then back again to his native midwest, while “Under the Influence” metaphorically speaks to the impressions friends and lovers leave on our lives. True to form, many of the album's songs rely on black humor, such as “Happy Accident,” “Mad in the USA,” “Botox Party” (inspired by a story in the New York Times on upscale, clandestine inject-a-thons), and “Heather's Diary” (a collective portrait of trust-funders Dean encountered in San Francisco), while the most outrightly political, again based on a NYT article, is the anti-death penalty treatise, “Ohio Executes Schizophrenic.”

Bringing everything together is producer Chris Stamey (The dB's, Yo La Tengo, Tift Merritt, Ryan Adams), with whom Dean previously worked on Post Office's Fables in Slang. Stamey's old school approach favors the warmth of analog sound and creating a cinematic canvas on which these songs come alive. 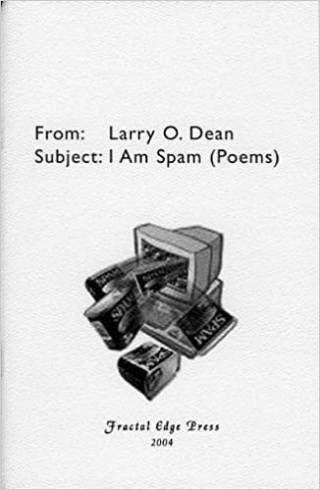 A series of poems 'inspired' by spam email subject lines.

Chapbook of ekphrastic poems inspired by visits to the Art Institute of Chicago. 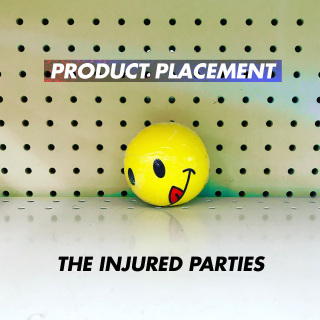 Second album from The Injured Parties! 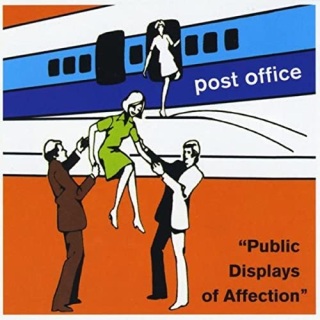 A power pop and Americana cooperative from the late 90s runs with the torch the Plimsouls, Tommy Keene, Big Star and XTC carried before them.

Public Displays of Affection, the band's debut, features brilliantly constructed vignettes spanning three decades of pop confluence. Larry O. Dean's songwriting brings to mind Neil Young at his most straightforward and Roger McGuinn at his most rough-hewn, while Stephen Becker mixes the twee influences of Belle and Sebastian with the crunchy distorted bravado of classic Cheap Trick. Together they weave a harlequin tapestry that compliments each other simply and beautifully. 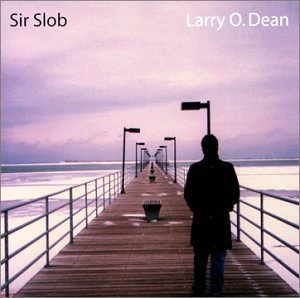 R.E.M. meets Bob Dylan and the two have some beer -- or at least it sounds like that's where Larry O. Dean originated this strange mix of alt-country, folk, and 1960s rock & roll. Dean's unique mixture of American cultural music on Sir Slob is quite nice. For those who enjoy good old-fashioned classic rock-based music, Sir Slob hits the mark. This is a decisive and cohesive recording that seems to bring the landscape of America to life. One can almost picture a guitar player and his backup band singing away the blues of life on some bar's stage somewhere in Middle America. Dean's work is unique, warm, and quite evocative, painting pictures of the world all around us and bringing together the best of an emotionally conscious and roots-based musical recording. Truly though, Dean's music is most reminiscent of Neil Young's collection of 1970s recordings and, in a lot of ways, their styles are very similar, pairing grit and truth with guitars and low, almost pleading vocals. Larry O. Dean has crafted a fine recording, and one that is certainly worthy of attention.